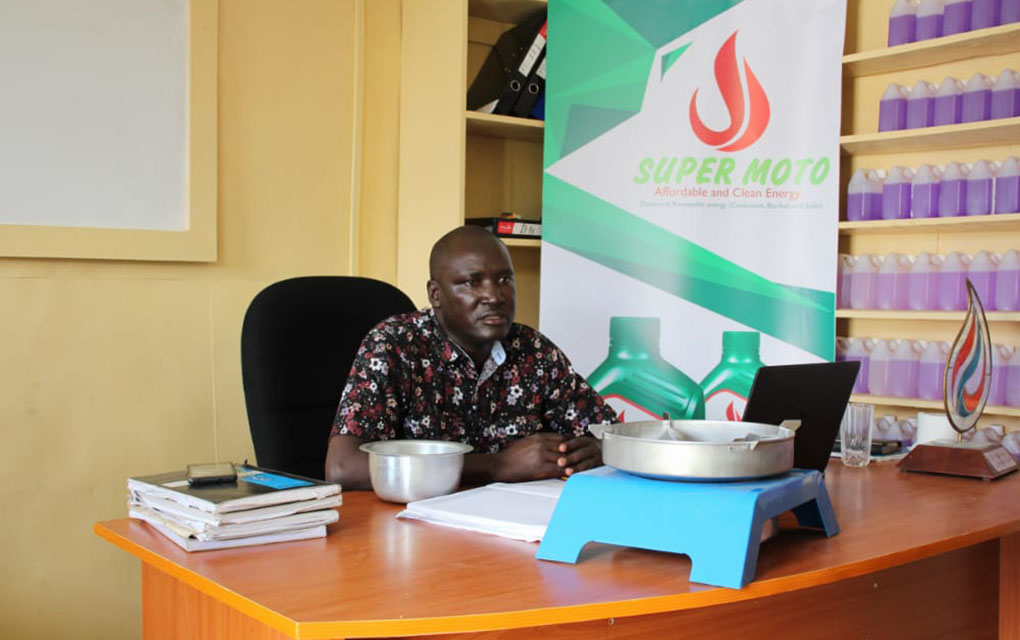 Lake Victoria - Africa’s largest lake and a livelihood to over 40 million people has over the years been threatened by water hyacinth. The invasive species spreads across the surface of the lake, threatening the lake’s flora, fauna and the livelihood of its surrounding inhabitants.

A Kenyan startup, CIST east Africa, has taken the advantage of the fast sprouting weed to produce bio-ethanol energy cooking fuel. It uses the water hyacinth as its raw material to produce the fuel known as Super Moto; which is branded and packed as a household cooking fuel to give low income households a safe and cheaper alternative cooking fuel.

About 40% of global households rely on biomass energy for cooking, with the most affected countries being in Africa and Asia. This exposes mostly women and children to diseases affiliated with indoor air pollution.

As the global population continues to rise, so does the demand for cheap energy. The United Nation’s SDG goal number seven aims to ensure access to affordable, reliable, and clean energy services by the year 2030.

The company’s managing director; Richard Arwa says Super Moto will solve environmental degradation and health issues associated with the use of biomass fuel, consequently saving lives, time and cost, as it is a cheaper alternative.

“We conducted a market acceptability experiment using 100 households during the initial stages of the product commercialization. Surprisingly, 85% of the households were impressed and are now our reliable customers. We have received an overwhelming demand from big companies and suppliers for the product as well,” Arwa Says.

The startup is a beneficiary of the Leadership in Innovation Fellowship (LIF) programme (2018/2019) cohort, and Arwa says the programme run by the Kenya National Innovation Agency (KeNIA), in collaboration with the Royal Academy of Engineers was an eye opener to him. Richard with KeNIA CEO, Dr Omwansa, during a field visit

“This is one of the best eye opening programmes I have gone through in my innovation journey. We got good training and we’ve made proper networks, I’ve met a lot of entrepreneurs and investors across the world.”

“We had just developed the prototype when we joined the LIF programme. Through the training, we managed to refine our prototype to come up with a viable product. We were also challenged to register our business, which we did afterwards.”

The company which was initially producing 100 liters of bio-ethanol cooking energy per day has increased production to about 450 liters per day, in addition to selling 540 special ethanol stoves.

Arwa however says they are aiming at upscaling the production even further.

“We are looking to upscale production from the current 450 litres per day to 1,200 liters per day and make it accessible to 36,000 households in the next 5 years. In the next 12 months we are planning to establish a qualitative laboratory that will help us improve efficiency in production and thus avoid wastage of materials.”

The startup has collaborated with Maseno University and the Kenya Industrial Research and Development Institute (KIRDI), to conduct research on alternative raw materials for production of the bio-ethanol fuel.

The company majorly supplies Kakuma refugee camp, and has acquired a re-segmented market in Busia and Bungoma counties, and Arwa is optimistic that such practical actions will enable them recruit and together with strategic partners like KeNIA, train100 entrepreneurs who will supply their products across the target markets.